Book your People Carrier Hire Malta deal today and get the best price possible. A 7 Seater may be enough for your requirements but if you have a lot of suitcases or passengers then a 9 Seater could be worth looking into. Mdina, Valletta, Gozo, and Comino are all waiting for you!

Malta is a southern European island country situated in the Mediterranean Sea. It is located approximately 80 kilometres south of Italy, 280 kilometres east of Tunisia, and 333 kilometres north of Libya. This gives it a very central location which would make an extended traveling adventure for 2+ countries very possible.

Historically, Malta’s central location made it a very important naval centre for the nearly ten different civilizations which have conquered it. Each of these has contributed small pieces to what is now known as modern Maltese culture.

Today, Malta’s beaches are the main tourist draw – as it is with most island countries. There are also plenty of natural areas to explore, as well as historic sites of great significance. There is something for every traveler to enjoy when visiting this gorgeous island.

Be prepared and book in advance a 7 Seater Car Hire at Malta International Airport. This popular destination can sometimes see the best deals sell out quickly. A Minbus may also be worth considering.

This huge building is so named because it was previously an important residence of the Grand Masters of the Knights of St John.

Construction began on this cathedral in 1578, using plans designed by the architect Geroramo Cassar. The interior is designed in a 17th century baroque style unique to Malta. Inside is a huge painting of John the Baptist done by Caravassio.

History lovers will enjoy the broad range of archaeological finds on display. Among them are stone tools that date as far back as 5200 BC, Phoenician amulets, and prehistoric figurines.

A UNESCO world heritage site, the name literally translates to “giant temples”. These two megalithic temples which pre-date the famous Stonehenge, are impressively large, and in considerably great shape. They include walls that span over six meters high and encompass more than forty meters in total land area. 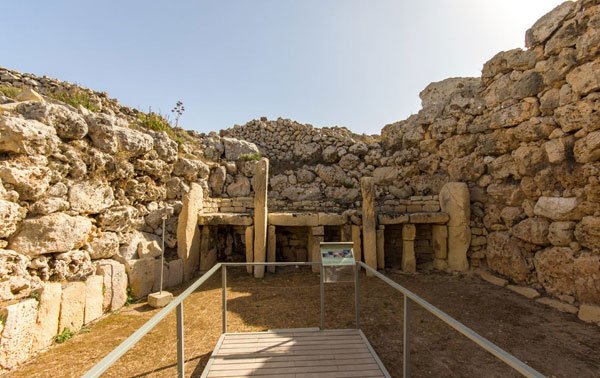 This ancient subterranean necropolis was discovered in modern times and is quite impressive in that it spans 500 square meters – fully carved out of solid rock more than 5000 years ago. The bodies, of which there were over seven thousand discovered, appear to be from the years 3600 through 3000 BC.

The caves themselves encompass 145 meters inside the Lower Coralline Limestone. The lowest portions of the cave have been the site of important archaeological finds. Most notably are the excavations of prehistoric animals, all of which are of European origin. The museum has some of these on display. The caves are also the site of the oldest recorded human habitation of Malta, which dates to an incredible 7,400 years ago.

Simply switch car hire class to “9 Seater” and you will be presented with lots of great Malta rent a car deals. Get a cheap minivan quote today.

Malta’s local cuisine shows influence from many diverse cultures, as well as a natural reliance on several types of seafood and locally available produce. Common ingredients you may expect to find in Maltese dishes include olives, sausage, bread, tomatoes, mint, onions, sheep’s cheese, anchovies, and fish.

This website uses cookies to improve your experience while you navigate through the website. Out of these, the cookies that are categorized as necessary are stored on your browser as they are essential for the working of basic functionalities of the website. We also use third-party cookies that help us analyze and understand how you use this website. These cookies will be stored in your browser only with your consent. You also have the option to opt-out of these cookies. But opting out of some of these cookies may affect your browsing experience.
Necessary Always Enabled

Any cookies that may not be particularly necessary for the website to function and is used specifically to collect user personal data via analytics, ads, other embedded contents are termed as non-necessary cookies. It is mandatory to procure user consent prior to running these cookies on your website.