Search for a low cost People Carrier Rental Pisa Airport deal. Our 7 and 9 seater options are extremely popular with visitors to Pisa.

Pisa, Italy is a city of historical significance found in the Tuscany region of Central Italy. Historically, the city was located next to the sea, but as the seawater levels decreased it is now located six miles from the shore, on the alluvial plain of the Arno River.

Sometimes having that bit of extra space and comfort can make all the difference. Relay and enjoy your trip to Pisa with a 7 Seater Car Rental deal.  You can reach Bologna in less than 2 hours from Pisa. Compare our 7 seater car hire Bologna Airport prices.

Historians are unsure when Pisa was founded, but the earliest remains found by archaeologists show it was already a thriving sea trade city in the 5th century B.C. Documents found from around this period called Pisa an “old” city already, and it’s feasible that the city’s birth goes back to the 8th century B.C.

Today, people flock to the region from all over the world to marvel at the fascinating historical sites, as well as experience the culture and cuisine of this Italian locale.  We’ve created a list of the most popular tourist attractions within Pisa.

Any trip to Pisa has to start with seeing its most famous attraction and one of Europe’s most notable structures, the Leaning Tower of Pisa. Construction of the tower began in 1173 but wasn’t completed until sometime during the 14th century. The reason it leans? It was built on unsteady soil, which has since been reinforced to make it safe. 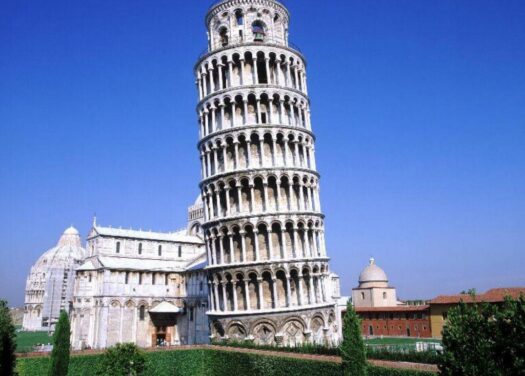 This cathedral was built in 1063. Today it contains four levels of open galleries in which large statues sit. The doors were created with bronze panelling, and the pulpit is entirely made of marble.

Originally a cemetery for nobles from Pisa, the cloister structure was designed by Giovanni di Simone who was also the architect of Pisa’s famous tower. It is filled with funerary monuments, including ancient Roman tombs, and Renaissance frescoes adorn some of the walls. 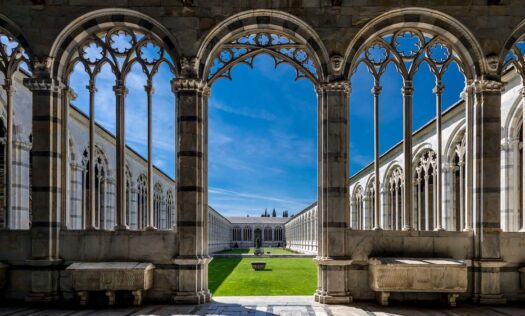 The museum recounts the development of Christian paintings and sculpturing in Europe during the middle ages. The building was originally a Benedictine convent of San Matteo.

This is the oldest known botanical garden in Europe still under operation today. It features many beautiful examples of plants and flowers native to the region.

This park is the remainder of what was supposed to be the palace garden of the infamous Medici family. The palace was never built, save for the wall which still encircles the park today.

Originally part of the old citadel, the tower now serves as a fantastic point to get a panoramic view of the city of Pisa from up high.

A very popular option amongst families, check out the cheapest 9 seater car hire prices online and save some holiday spending money. You can compare people carrier rental Italy rates in hundreds of locations.

There are plenty of things to do during your stay. Top among those is a stroll along the Arno River, which runs through the city and is a beautiful water landmark. While you’re walking about, check out the old city walls and do some shopping at one of many fabulous Italian outlets. Have a picnic in the park or pamper yourself at one of the several salons within the city.

Favourite dishes of Pisa include Sullo Scio, Torta con I Bischeri, and Tuscan Bread, which is made without salt. Common ingredients found in dishes served throughout the region include: pecorino cheese, lamb, beef, truffles, pine nut, mushrooms, tomatoes, garlic, olives, fish, seafood, parmesan cheese, and a variety of grains.