Have a look at our low cost people carrier hire Girona Airport rates. Sometimes also spelled as Gerona, you will find superb 7 and 9 seater car rental deals ready for pickup as soon as you step off your flight.

This great city is located at the confluence of numerous rivers, which include among them the Ter, Onyar, and Galligants. Founded in 79 BC by the Iberians, this is the largest city in the Northern Catalonia region of Spain. The area is especially rich in medieval architecture and has an incredibly active nightlife scene.

Today tourists flock to the area for the nightlife, historic sites, and proximity to many other areas. Within a few hours, tourists staying within Girona can be in several other cities of historical or modern significance – if, that is, they even decide to wander outside the city’s limits.

We have plenty of great 7 seaters waiting to be booked at Girona Airport. See for yourself with a quick quote. We also offer low cost 7 seater car hire Barcelona Airport deals.

Built during the 14th century in true Gothic stylings, the cathedral is the latest version of Christian churches which have existed on the site since the 4th century. What makes the architecture so unique is that this is one of the few Spanish churches to possess a true spire.

The name is a reference to the battle of Spanish Independence, and this square is full of neoclassical buildings. Among a variety of other businesses are the old theatres, which possess historical significance of their own. 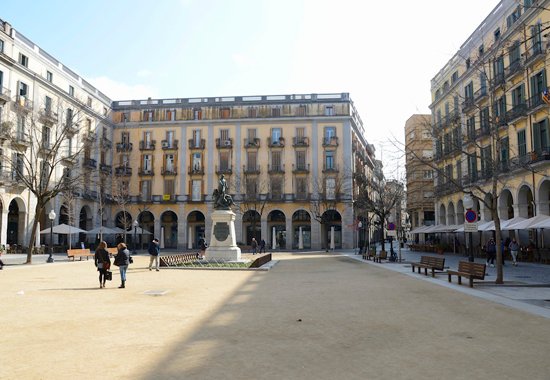 Some of the foundation of this building exists from the 5th century, when an even older structure stood where the modern one does now. Most of the building, however, hails from the 11th century, with 14th century embellishments added on. It is done in the Gothic style and features fantastical beasts and bible carvings throughout.

This museum is dedicated to the rich Jewish history of Girona. The highlight piece is an incredibly rare ritual bath from the 11th century, and the fact that it does not gloss over the details of the persecution and trials of the Jewish population.

This art gallery is a must-visit for art and culture lovers. It possesses more than 8,500 pieces from a wide variety of historical eras. Many of the pieces are historic projects from the local artists, although some are from outside the region.

This Romanesque Benedictine monastery from the 11th century features a bell tower, as well as a cloister complete with mystical creatures on the walls and ceiling. 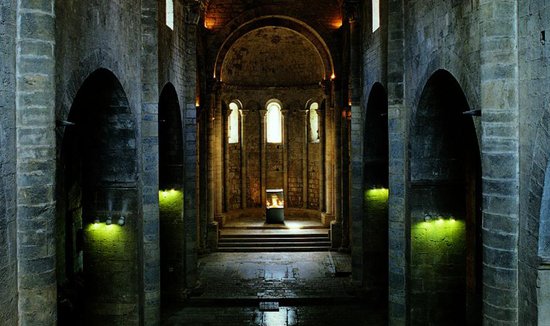 This is a historic Jewish neighbourhood which is said to be the home of the Kabbalah in Jewish mysticism.

Need lots of space for your Spanish trip? look no further as we have a magnificent selection of 9 seater Girona Airport car rentals to choose from. Book a cheap Spain MPV hire today.

There are shopping opportunities for visitors, as well as nearby spas, golf, and a variety of modern attractions. There are also ample opportunities to enjoy the water, thanks to the many rivers which border the city. Take a walk, enjoy a picnic or even simply walking through the old city is a real treat. Hop into your Girona Airport car hire and explore the local towns and villages.

Local cuisine is a mixture of traditional foods dating all the way back to medieval times and modern dishes. Popular ingredients include tomatoes, apples, sweet sausage, salsifies, mushrooms, cure meats, olives, and olive oil. Xuixo is a type of pastry which is native to the region and very popular among locals and tourists alike.