Valencia is Spain’s third largest metro area, and is located on the eastern coast. It fronts the Gulf of Valencia, located on the Mediterranean Sea, and sits on the banks of the Turia River. The city was historically founded in 138 BC as a Roman colony by the consul Decimus Junius Brutus Callaious.

Today, numerous tourists flock to Valencia every year. Some come to enjoy the beaches, shopping, and family-friendly atmosphere. Others come to marvel at the many historic sites. The food itself draws many travelers.

Find the best value 7 seater rental deals online right here today. The Opel Zafira. VW Touran and Citroen C4 Grand Picasso are just some of the cars you can choose from. Alicante is less than a 2 hour drive away so you may like to search for a cheap 7 seater Alicante car hire deal.

The centre of Christianity in the city, this cathedral was built in 1238 and was done in primarily Gothic architecture. It also features, however, neoclassical side chapels and Italianate frescoes – all of which are very well preserved.

This huge complex is a modern architectural masterpiece. Developed as a family friendly centre of multiple buildings, the complex includes (among others) an opera house, science museum, 3D cinema, and an aquarium. Families with children will not want to miss this spot 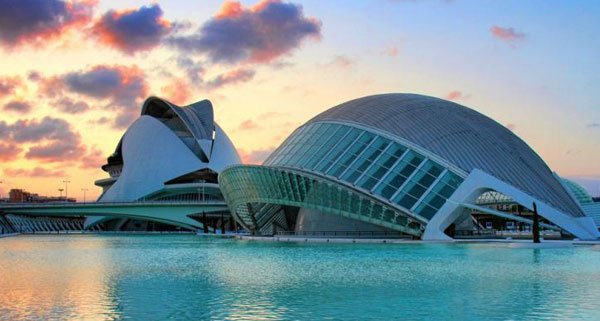 This museum is dedicated to the local ceramics industry, which has played an important part in the history of Valencia. Here you can find detailed information both on the trade in general, as well as the impact it has had on the local economy throughout history. The museum is housed in an old palace, which is worth a visit in its own right.

This UNESCO World Heritage Site was built during the 15th century BC. Originally housing Valencia’s silk and commodity exchange, the building is considered to be one of the most well-preserved examples of civic Gothic buildings in all of Spain (if not the world).

Dedicated strictly to animals who call Africa their home, this zoo follows the new philosophy of presenting animals in their native landscapes coexisting with each other as they do in the wild. There is a combination of programs and exhibits that intertwine conservational efforts with public education. 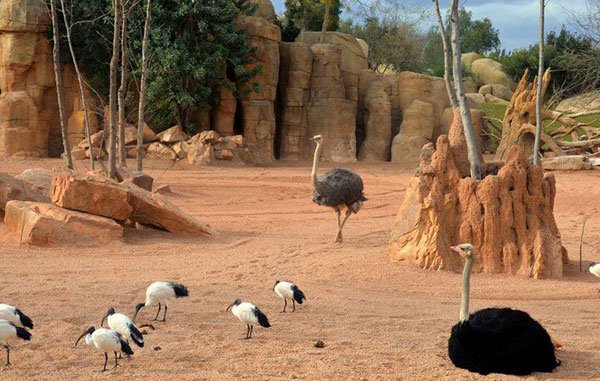 This single-nave church has original Gothic vaulting and a painted baroque ceiling fresco that many have likened to the Sistine Chapel. Much of the interior and exterior are original.

This is a religious art museum that houses work from well-known artists like Caravaggio, El Greco, Jose de Robera, and Juan de Juanes. One of the most impressive artifacts is the manuscript that Thomas More wrote while he was awaiting execution.

The beaches offer plenty of outdoor adventure. In addition to swimming and sunbathing, visitors can go boating, parasailing, or – if you’re willing to travel off the coast a bit – scuba diving. There are plenty of opportunities for food tasting, shopping, and spa treatments. Even simply walking through the city, rich in historical and modern architecture, is a treat. A person could spend hours getting lost without losing interest.

Local cuisine is both simple and delicious. Popular dishes include paella, fideua, and arròs a banda. Common ingredients, alongside a variety of local and imported vegetables, include rice, chicken, rabbit, seafood, and eggs. Both Italian and Spanish cultures have influenced the local cuisine here.